Experience a Boost In Your Health: Get your high quality supplements here... 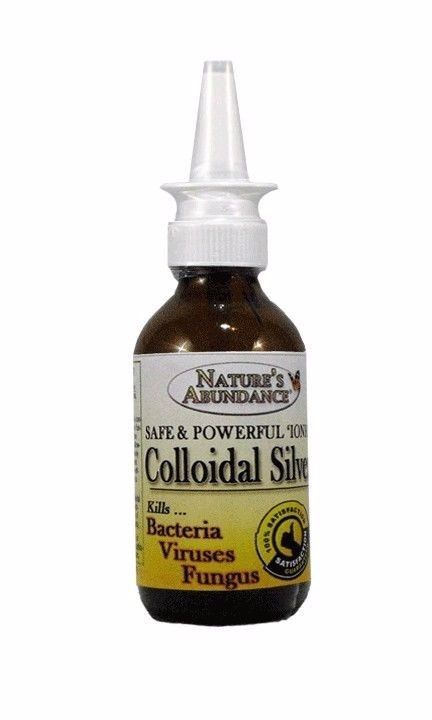 You get 2 ounces of Ionic Colloidal Silver (22 PPM) in a 2 ounce mister bottle.

You get 4 ounces of Ionic Colloidal Silver (22 PPM) along with a FREE empty 2 ounce mister bottle.

You get 4 ounces of Ionic Colloidal Silver (22 PPM) along with a FREE empty 1oz nose spray bottle. 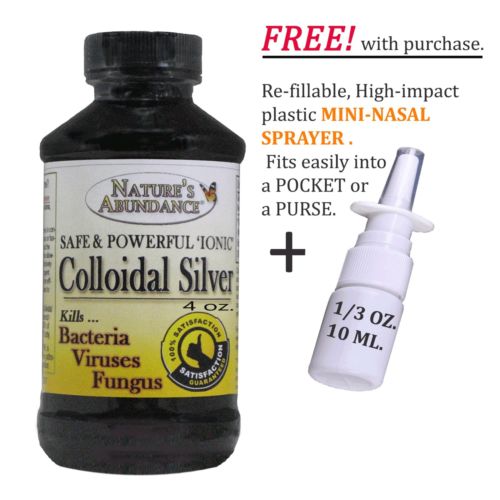 You get 4 ounces of Ionic Colloidal Silver (22 PPM) along with a FREE empty 1/3 ounce mini-nasal spray bottle.

Even though the FDA frowns on the use of Colloidal Silver as a personal bactericide in the U.S., the FDA has no jurisdiction regarding the use of silver in space. Both U.S. astronauts and Russian cosmonauts will now be taking advantage of ionic silver as a closed-system water purifier. Keeping water sources clean and sterile is understandably challenging in space and all methods of having a consistently safe and clean supply have been investigated. The fact that silver is now the primary method of keeping astronauts water supply safe says a lot about its therapeutic potential.
As ISS sub-systems manager Layne Carter puts it, "Due to widespread growth in the use of colloidal silver as a bio-cidal agent, development of a simple and cost efficient method of silver water purification is valuable," admits NASA on its website. "On station, silver is used as a bio-cidal agent based on its anti-microbial properties in the potable water system."
As there remains a continuing debate regarding any long-term toxicity of silver -- NASA is supporting research into toxicity tests that 'give NASA and the ISS team rapid, reliable results'. The U.S. side of the ISS will continue to produce iodine purified water as a back-up for the silver water system. ~
Sources for this article include:
Bloomberg.com
NaturalNews.com